Check out the new season on Discovery, Friday Night’s at 10.pm 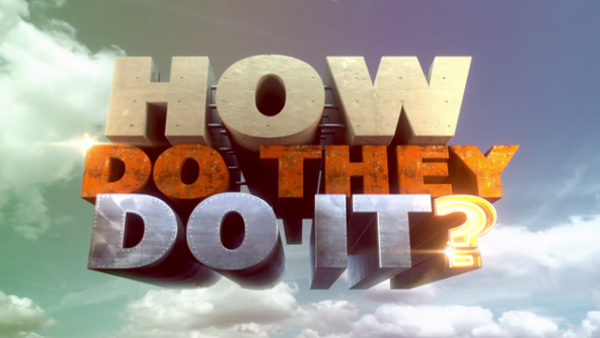 How Do They Do It? is one of the world’s best-known and highest-rating pop-science/engineering TV shows. Each series lifts the lid on the modern world and tells you how it works – from space rockets and nuclear subs to light bulbs and razors. How Do They Do It? has an incredibly loyal and enthusiastic following.

Viewers love it so much because How Do They Do It? is simply brilliant….

The new season is the 14th and Karl Jenkinson‘s second outing providing the voiceover narration.  Consisting of 20 episodes, we cover everything from how they making tiny sewing needles, construct the world’s largest mobile electricity generator and brew the oldest alcoholic drink in the world. Now that is diverse!